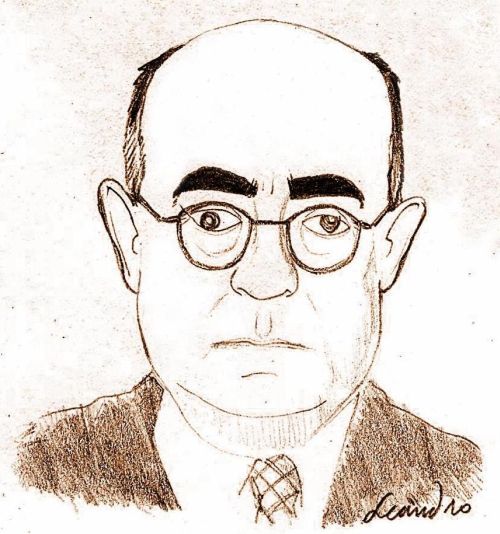 In my continuing effort to bring a variety of voices to this blog, I give you another guest post, this one a philosophical contemplation about “authenticity.” This post dovetails nicely with the one I did a couple of weeks ago on “Devious Discretion.” Bruce always makes sure I take a more careful look at things than I ordinarily might. That’s one of the reasons I married him.

by Bruce B. Janz

The raison d’etre oft this blog is not just to chronicle the ways that we cry, title notwithstanding. The point is to think about genuine emotion in an ersatz world. Put more succinctly, the point is authenticity.

Now, this is an idea that’s come under a lot of scrutiny. Put simply, a lot of people aren’t sure that such a thing is possible. Others aren’t sure it’s desirable. And still others aren’t sure that we’d even be able to know it if we saw it. It seems like an idea from a different time, one where we had a clear sense of what was real and what wasn’t, and the ability to have faith that some things are true and others aren’t.

I guess the slide started in philosophy. Theodor Adorno wrote The Jargon of Authenticity, a critical work on the philosophy of existentialists like Martin Buber, Martin Heidegger, Karl Jaspers, and others (and, for you philosophical purists, I’m aware that it’s debatable that any of those figures can be called existentialists). Adorno was a critical theorist, steeped in Western Marxist thought, and he was troubled by any philosophy that would short-circuit the search for the social causes of problems. He thought that the term was used to abstract away from the material conditions of the world, and make us think that the solution to our problems came from introspection. To be “authentic”, after all, meant to be true to yourself, and a psychological interpretation of that might suggest that you just have to look inside (or, appeal to a higher power), to figure out who that self was, and you could then be true to it. Any thought that you are the product of your world was lost with this talk.

That took hold, for a lot of people. Culturally, you can see both of these trends side by side. We are regularly encouraged to know ourselves, to unleash the true self within, to put ourselves in situations that will show our real selves. We look for the windows into our souls. Emotion is, in fact, a major candidate for such a window. Intellect is suspect, but your feelings won’t lead you wrong. Just get in touch with those, and you’ll know who you are.

At the same time, in philosophy and elsewhere in culture, there’s also suspicion about this real, true “self”. Adorno’s skepticism took hold, or maybe it was his sense that our problems needed something more than that old version of authenticity, the search for the true self that ignored our material and social world. He was not an old-style Marxist who thought that all we had to do was come to class consciousness by understanding our material alienation, and all would be well. Like the other critical theorists, he recognized that a great deal of our alienation came symbolically and culturally. He and the other critical theorists wanted to account for the problem of Nazi Germany, specifically, the question of why people who had clearly been under great economic stress since WWI, but who also had great art and culture during that time, could have turned to Hitler as an answer to their problems. Hitler offered authenticity – Blut und Boden, blood and soil, that captured the imagination and gave Germans a birthright in a place. The trouble was, this was all a sham, and authenticity just got manipulated, to disastrous ends. Adorno and the others saw that propaganda and culture had been used effectively to create a compelling but false version of reality. Authenticity, it turned out, could be faked.

Fast forward to our time. It’s not the same time as Adorno’s. At the end of the day, in Adorno’s time, there was still a sense that there was a truth at the bottom of everything. Propaganda disguised, distorted, misdirected, and inverted reality, but there was still a reality to do all that to. And then, The Left® invented postmodernism, or so the story goes. According to most of the world, this was the view that there is no reality, everything is just what you want it to be, everything was therefore relative, and so there could be no such thing as authenticity. Never mind that that depiction has little to do with what postmodernism actually is (or was), it was the version that caught the public imagination.

And then something interesting happened. The Right® realized that postmodernism might actually be useful. Ron Suskind reported, during the Bush presidency, the quintessential statement of this view:

The aide said that guys like me were “in what we call the reality-based community,” which he defined as people who “believe that solutions emerge from your judicious study of discernible reality.” … “That’s not the way the world really works anymore,” he continued. “We’re an empire now, and when we act, we create our own reality. And while you’re studying that reality—judiciously, as you will—we’ll act again, creating other new realities, which you can study too, and that’s how things will sort out. We’re history’s actors…and you, all of you, will be left to just study what we do.”

The “guys like me” were The Left®, who had previously been identified with postmodernism, but who were now seen as simply weak-willed. In an almost Nietzschean move, the speaker (later identified as Karl Rove) established that authenticity was a virtue of the weak, not of the strong.

Of course, Rove said that in 2004. And a lot has happened since then. We have a candidate in the Republican primary who latched onto authenticity as a prime virtue (Santorum), and another for whom authenticity seems to be about as deep as an Etch-A-Sketch drawing (Romney). But we also have the Tea Party, the Occupy movement, and the Ron Paul phenomenon, all of which trade in a desire for truth and reality in government (having said that, they differ deeply on what that truth and reality is, and seem differently inclined to taking empirical or scientific evidence seriously). Everyone on The Right® trips over themselves to cater to the most extreme elements of their movement, in hopes of showing their authenticity bona fides. After all, if a little capitalism is good, lots must be better. If a little military activity is good, lots must be better. More = better = truly authentic. It’s what a real Republican has come to mean.

People clearly desire something authentic, in politics, in life, everywhere. We want to know what people “really” think, what the “real” best decision is in shopping, in life, in everything. Whereas once we could tell the difference between reality and artifice or presentation, now we can’t. We can’t even buy a mattress or a piece of clothing anymore, because we can’t know how to compare anything. A lot of people feel like they are free-floating.

So, messages of authenticity are attractive. I wondered, months ago, why Santorum wasn’t doing better than he was. It was clear that he was projecting authenticity, and that he most likely really believed what he was saying. Now he’s in contention, and is the darling of the more=better=authentic crowd. But just like Adorno realized a long time ago, authenticity can be faked. The one doing the faking may even buy his own schtick, but it doesn’t make it true. There are some pretty good clues as to when it’s being faked. If it requires that we privilege some over others, it’s probably fake. If it requires that a particular group be vilified, it’s probably fake. If it means that you can willfully distort the other side, it’s fake. If it means that you can ignore science, create your own science, or pick and choose what science fits your version of the world and what doesn’t, it’s probably fake.

Is there a place for authenticity anymore? I think so, but not as a cover for the real conditions people live in, and not as a political calculation. It has to be something other than that. That impulse people feel, in both the Tea Party and the Occupy movement, there’s something to it. Even though the answers may be problematic (in the Tea Party, almost invariably, and in the Occupy movement, at least sometimes), the inarticulate question of the heart is still there. What’s real? What can enable me to go forward? How can we feel ok about who we are? Do we have to live with this gut-wrenching fear that the future will be a disaster, because of what we are doing today? These are all, in one way or other, questions about authenticity. We just haven’t yet found the way to ask these so that they won’t lead opportunists and ideologues to use them against us. 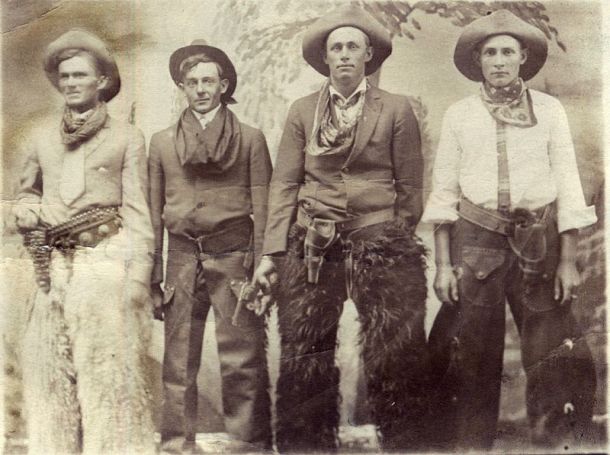 A prime example of fake authenticity--the posed, costumed cowboy pic complete with ties and suit coats. (Click on the pic for further explanation.) Bruce thinks these guys look a lot like Romney, Paul, Gingrich, and Santorum. That's Mitt, Ron, Newt, and Ricky to you.